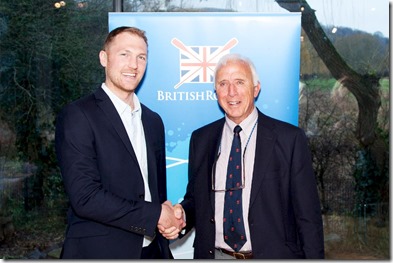 British Rowing honored coaches and volunteers at its annual Coach and Volunteer of the Year Awards this past Saturday including someone who has made an exceptional contribution no just his rowing club, but many other clubs with adaptive rowing programmes as well.  Coach, oarsman, organizer and “Gaffer in Chief” for the Marlow Rowing Club John Stephenson was honored as Thames Region Volunteer of the Year. Much of the recognition called out his special contributions to adaptive rowing equipment that have been used by clubs across the UK.

Not only has John performed an outstanding job in this unglamorous and difficult position as boatman, but over the past year he has been pivotal to the establishment and growth of Marlow’s adaptive rowing programme.  Not only have his adaptations allowed the programme to grow to one of the strongest in the country, but actually his innovations are helping clubs and disabled athletes across the country.  Here is a list of some his more significant contributions…

Thank you for all your contributions to adaptive rowing John, One Reply to “Volunteer of the Year: John Stephenson”