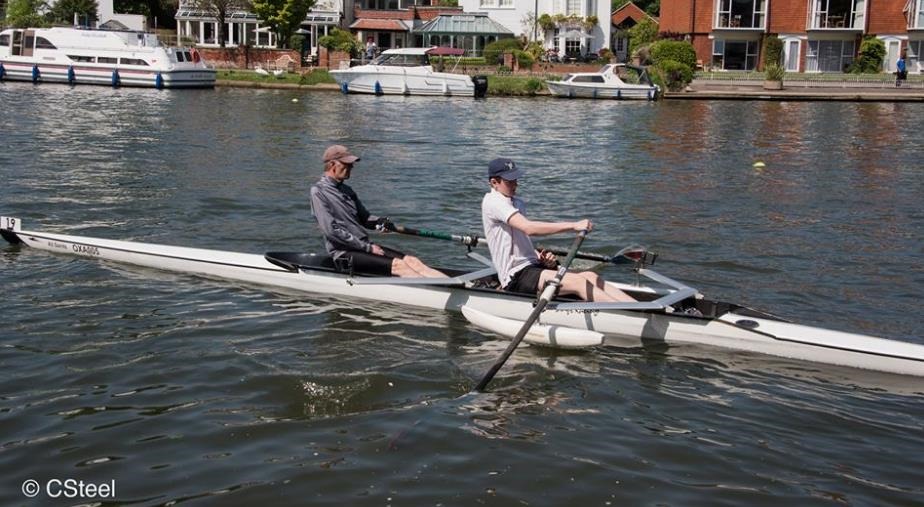 Only in England do you have the nicest day of the year and still end up cancelling an event because it’s too wet. Marlow Spring Regatta was lining up to be the biggest adaptive event in the UK on the nicest bank holiday the area had seen for years. But months of constant rain preceding it meant that the trailer area was still under inches of water making it inaccessible and hazardous. After a fervent scramble for alternatives, the organisers took the tough call to cancel the event mid-week.

It was such a disappoint to learn of the regatta being cancelled as Marlow Spring Regatta is one of the premier adaptive events on the rowing calendar. It was one of the earliest rowing events to introduce adaptive events and it helped to experiment with and pioneer new formats in adaptive racing especially the use of individual time handicaps to provide even competition across a diverse range of athletes.  It was also one of the earliest to introduce the Supported Adaptive 2x event which combined a disabled rower with an able-bodied rower in a double scull.  Now a popular feature of adaptive racing, this year’s Marlow Spring had record 6 Supported Adaptive 2x races in the draw.

When making the call to cancel, the organisers noted, “Well, there’s no reason why we have to cancel the adaptive racing. We were parking and boating all of the adaptive across the river at the clubhouse.” With a hastily called meeting, they determined that they could leverage very much of the sunk cost (eg. EA permit to use the river, volunteers lined up, safety plans, etc) to hold a mini-regatta just for the adaptives. I was a bit surprised when the club Captain Jonothan Walne called to inform me of the decision to proceed with the adaptive racing. All too often, the adaptive events are the first to be dropped from regattas when there are challenges…not the last.

The decision meant a hectic scramble over 72 hours to re-orgainse everything (eg. re-secure and plan volunteers and roles, communicate to athletes). The club also added some scratch quad events for the club members to join as well as a couple of challenge 8 events for a couple of local squads who have not had many opportunities to race yet. But despite the last minute shuffling, the event went as brilliantly as the sun shone (of course, the shining sun made having a great event a lot easier).

With all of the racing and support, there were countless highlights a few of which include the following:

Note: The Marlow Town Regatta entries are now open on BROE. The adaptive line-up will be at least as big as Marlow Spring. Plus, the lavish regatta enclosure provides a bonus attraction for some post-racing socializing as the town’s big party of the year.

Special thanks to Caroline Steel, the unofficial photographer of Adaptive Rowing UK, for capturing so much of the event so well (racing photos below).