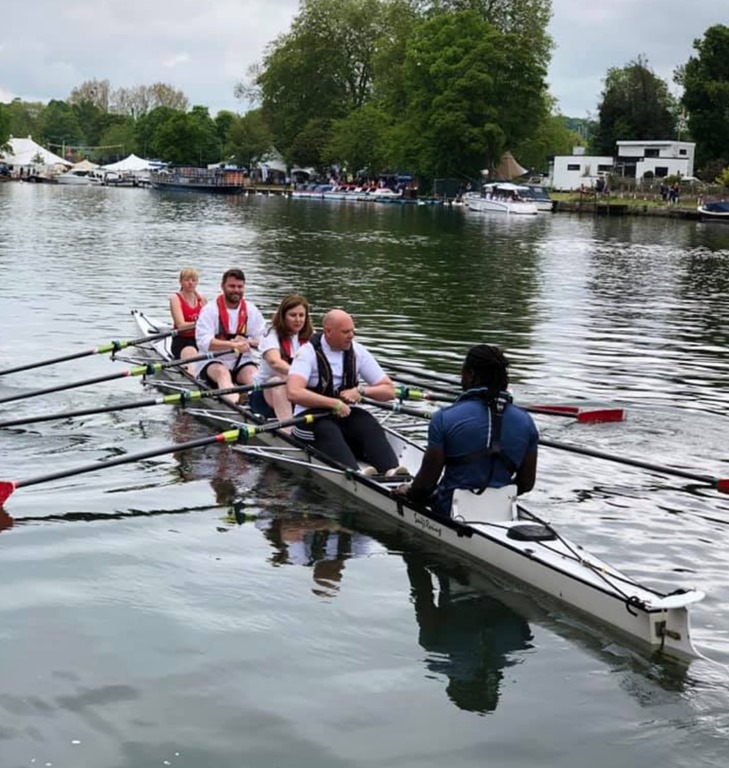 Accessibility is not just about disability. All members of a rowing club benefit from improvements to making the club easier to use, train at and boat from. Strapping senior athletes in their prime might not take too much notice to impediments around the facility, but one of the dividends of welcoming adaptive athletes is that such obstacles hit them the hardest and most transparently making them easier to identify and remedy. When adaptive athletes struggle with such trouble spots, many others in the club often chime in saying that those areas are major aggravations for them as well.

Marlow’s adaptive/pararowing programme has done just that. Despite the club house being designed as one of the most accessible boathouses in the UK when it was re-built several years ago, a number of prominent accessibility issues remained in the surrounding boat storage and launching area which was not touched in the rebuild. As a result, the club just this week launched a major fundraising initiative, Marlow Rowability, to revamp these areas to make them as accessible as the clubhouse itself.

The launch of the initiative was hosted by the prominent hotel The Compleat Angler which sits on the other side of the Marlow Bridge to Marlow RC. Resident there is Michelin-starred Atul Kochhar (the first Indian chef to receive a Michelin star) and his acclaimed Sindhu restaurant. The event was MC’ed by Paralympic Rowing Champion (and member of the Marlow Adaptive/Pararowing squad) Naomi Riches MBE. The evening included a row-by with PR1 rower Kingsley Ijomah, AR2 rower Nikki Stanton-Ketley and her son Tom, as well as Marlow’s very own “8 over 80” (Vet J!) Eight.

The launch celebration was just the beginning of the week’s activities as a few days later saw the third annual “Pub In The Park” (PITP) food and music festival across the river from the club hosted by local celebrity chef, Tom Kerridge. Tom had gotten a bit involved with rowing as he introduced some families to the sport in his “Fresh Start” television series (filmed at Marlow RC). Kerridge is becoming as much of a local institution as Marlow Rowing Club with the success of his triple Michelin starred “Hand in Flowers” pub and several other distinctive establishments he has opened in town.

Tom invited the Marlow Rowability initiative to have a marquis stand at PITP to introduce more people to the sport of rowing and to support the initiative to make it even more accessible to even more people. To punctuate this support with a bit of fun, Tom Kerridge challenged Atul Kochar to a boat race on the first morning of the festival made up of chefs from each of their restaurants and stroked by Tom and Atul themselves. None of the chefs had any rowing experience (though a Marlow rower was put in the bow seats to make sure things didn’t go too far astray…especially as Atul’s boat was being coxed by someone visually impaired!). In the end, Atul won by a nail biting bow ball and the gauntlet has already been laid down for a re-match next year.

The initiative aims to raise £200,000 and has over £40,000 committed already. The two main components of the project are to construct a boat storage shed that will make it easier for adaptive rowers and older rowers to access their sculls, and a reworking of the landing stage right down to the pontoons to make the water access much more accessible for all. Team Tom and Team Atul before “The Boat Race”