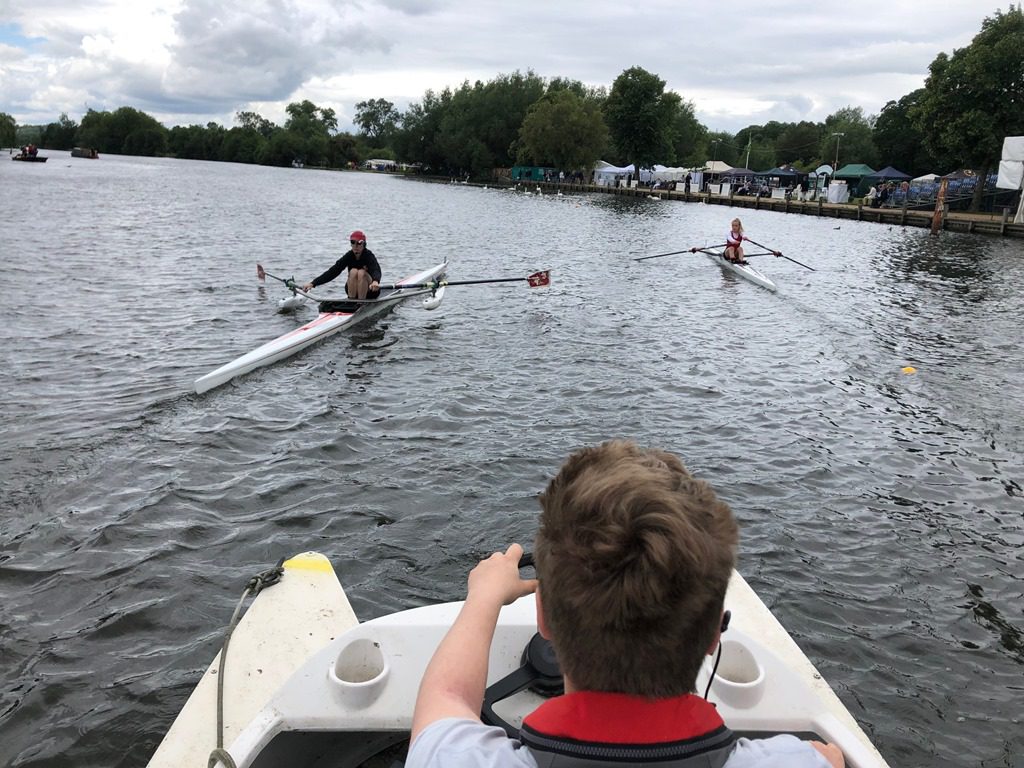 Marlow Town Regatta turned into a real town fest, not just for the spectators (for whom the event is the biggest social event in the town each year), but also for the hometown athletes who swept the board in the adaptive competition. Admittedly, the entries were fewer than for the banner Marlow Spring Regatta as there are more concurrent events this time of year. And on top of the thinner field, lots of things broke Marlow’s way. And I do mean broke.  The guide launch for Worcester’s rower broke down (leaving the umpire launch to gallantly guide the best they could with a megaphone over the cheering crowds getting louder and louder at the finish line with the bow ball finale). City of Oxford’s Neil Lawson broke a blade in their Supported Adaptive Pair-Sculls. And Maidenhead’s Dan Stevenson suffered footplate problems in the 1x and then leg spasms in the supported 2x.

Congrats to the winners…