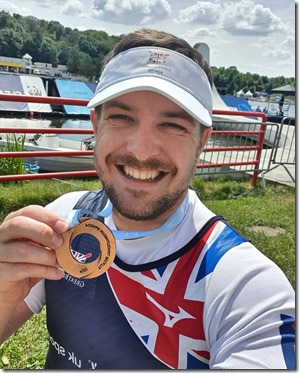 The Adaptive Rowing UK site has tended to focus on grass-roots or club-level “Adaptive” rowing in the UK (which can also be “Pararowing” for those who go through the FISA classification process). One of the motivations for setting up the site was the low level of support for Adaptive rowing by British Rowing especially on its website (go to the Search bar of the British Rowing home page and type in “adaptive”).

I appreciate that the sport of rowing is facing a number of financial challenges, so I’ve never lobbied them for money (and have pushed back against adaptive rowing colleagues who think more money will solve all the problems). I’ve have been advocating for more creative and more sensible use of the resources that are available. And there are a lot more resources available for elite pararowing – more staff and more infrastructure (especially the Caversham rowing facility). I’ve long advocated experimenting with some initiatives that would leverage these existing resources, eg. inviting some club athletes down to join in some activity a couple of times a year. Not only would such innovation extend the benefit of these valuable investments, but also they would provide collateral benefit to all of rowing in raising its profile and building a bigger community. I typically get stonewalled with the response “but the British Rowing ‘rules’ won’t allow it“ (how quaintly British), but a single wave of the pen by the CEO (or whoever is responsible for these alleged “rules”) would sort that out. As a result, the two worlds of “elite” and “community” adaptive/pararowing rarely mix. With such limited resources, it is shameful that the default is division not collaboration.

While, the elite squads of Team GB arrived at the World Cup II in Poznan, Poland last week, two of the competitors are familiar faces in the broader adaptive community – Twickenham/Swansea’s Benjamin Pritchard (photo above) and Marlow’s Kingsley Ijomah (photo below). In fact, fully half of the A/B Semi-Final was comprised by UK residents as these two were joined by Maidenhead’s Andy Houghton. While Kingsley (rowing for Nigeria) didn’t get the results he had hoped for due to a number of equipment challenges (rowing with ladies blades for example…aah, the challenges of being your own pararowing federation), he still improved on his Plovdiv World Championship times and on his field position in the tell-tale heats (when the bottom half of the field are fighting at the their strongest).

But the rising star with another breakout performance was Ben bringing home a bronze medal. No fluke as he has secured a bronze at the FISA Pararowing Regatta in Gavirate, Italy last month. A phenomenal achievement for someone who started the sport just over a year ago and definitely the man to watch in the sport at the moment.

Congrats to Ben and Kingsley for making the entire UK Adaptive community exceptionally proud on the world stage.