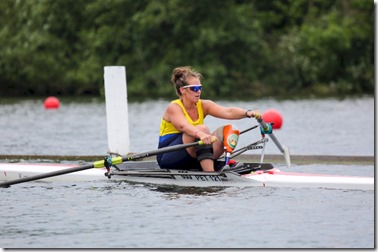 Let me start off the congratulations by tipping my hat to Womens Henley Regatta. WHR are the highest profile UK rowing competition to support pararowing (NatSchools has stonewalled with their focus on the big sweep boats of the private schools, Henley Royal Regatta hasn’t done anything, and the less said about Brit Champs the better). But WHR has held a number of pararowing events in recent years and have really made it a priority to support it as strongly as possible.
Since I have been active with the sport at the national level, WHR have been pulling out the stops to include it only constrained by the number of entries especially given their sensibly adhering strongly to a number of race principles (which is what keeps WHR elite). As befits an international standard event, they insist on FISA certification (ie. no AR entries). They are require a minimum number of entries. They stipulate that any event have a minimum number of entries (ie. no straight to final events) which has been the stumbling block in a number of years. In fact, they advertised holding PR2 1x this year (which they have run in the past), but failed to attract enough entries.

They did attract multiple entries for the PR3 1x, but that was just the beginning of the complication. Two of the entries – Georgia Walker of Marlow and Susannah Barnett of Worcester were PR3-VI and the organisers did not know how they could get the scullers to the start or guide them down the course during the requisite time trial. They could not use guide launches (the conventional method in most regattas) as it would create wash which impede the other trialists and they try desperately to avoid that. After much deliberation and consternation, the break-through came from British Rowing’s Paralympic Programme Manager Louise Kingsley who proposed using a guide sculler.

After years of working in and researching adaptive rowing, I had never heard of guide scullers. They are prominent in other VI sports, especially running. In fact, our daughter Isley, wrote a successful play called “Tether” based on the subject of visually impaired running (her only stipulation in the production was that they had to cast a visually impaired actor to play the lead). Louise had seen it done years ago and thought it would solve the issues. In the end, Susannah had to scratch due to illness which removed the need for a time trial. But Georgia still had to get to the start line for the race. She was ably guided by Marlow teammate and former World and European Champion in Lightweight Women’s Single Scull Imogen Walsh. While the guiding was just in the navigation channel to the start line, it still represented a Henley first and proved the concept for it to be built on in future events.

The race lineup attracted characteristically international competition with world record and national medal holder Ruby Sutherland (also VI) coming from Australia to meet Peterborough’s Alice Mason (BRIC champion who is on the GB Development Squad). The final between Georgia and Alice was eventful with Alice struggling with some steering to the point of hitting the booms and yet still clawing to within in a half a boat length of Georgia at the finish through sheer grit. A sterling performance of the Grosvenor Cup. Georgia’s win had a few of its own distinctions as she was the first VI athlete to win at Women’s Henley and the youngest parathlete (16) to win as well.