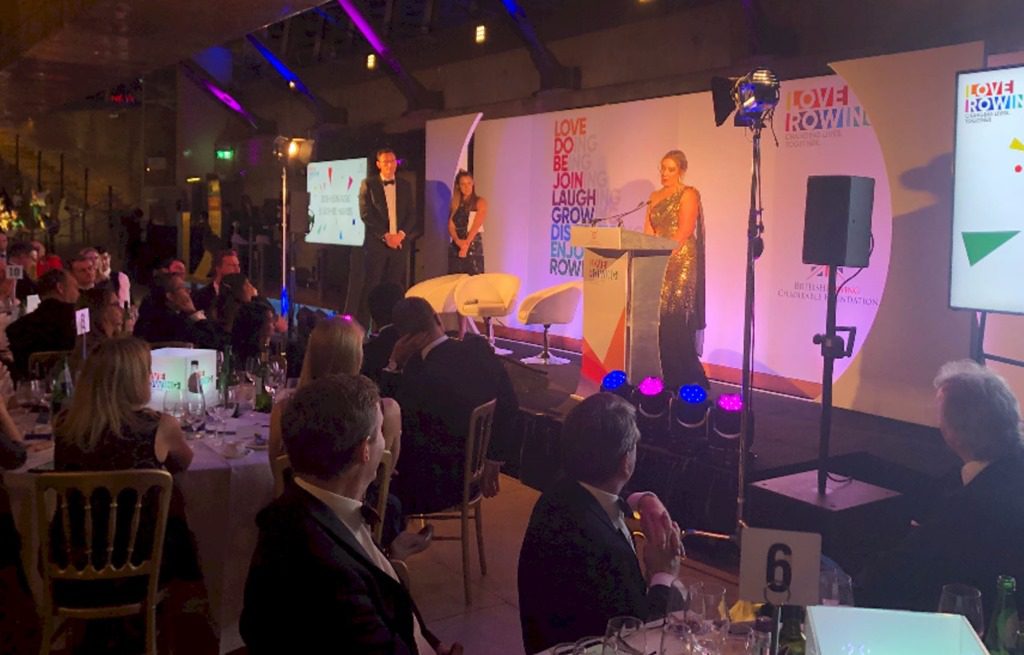 The LoveRowing charity/foundation launched to a packed Cutty Sark exhibition hall filled with some of British rowing’s biggest names and supporters last week. Its mission:

PR3 rower Sophie Harris, who rows on the GB Development squad, gave the address to the audience talking about pararowing and the impact of the sport on her life, a below the knee amputee (see photo below).

The evening also featured a stirring montage of footage from various examples of pararowing as well as other underrepresented communities (see video). A total of over £50,000 was raised on the night to kickoff the fundraising for the resources to support initiatives in these areas. British Rowing’s summary of the event is here.