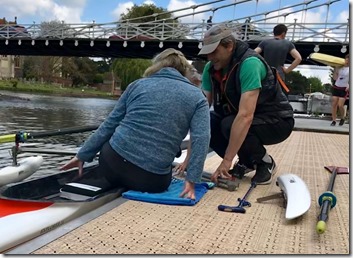 The post “Myths of Adaptive Rowing” was quite extensive, but that doesn’t mean that there are some scary aspects to the sport that are actually quite true and worthy of consideration.