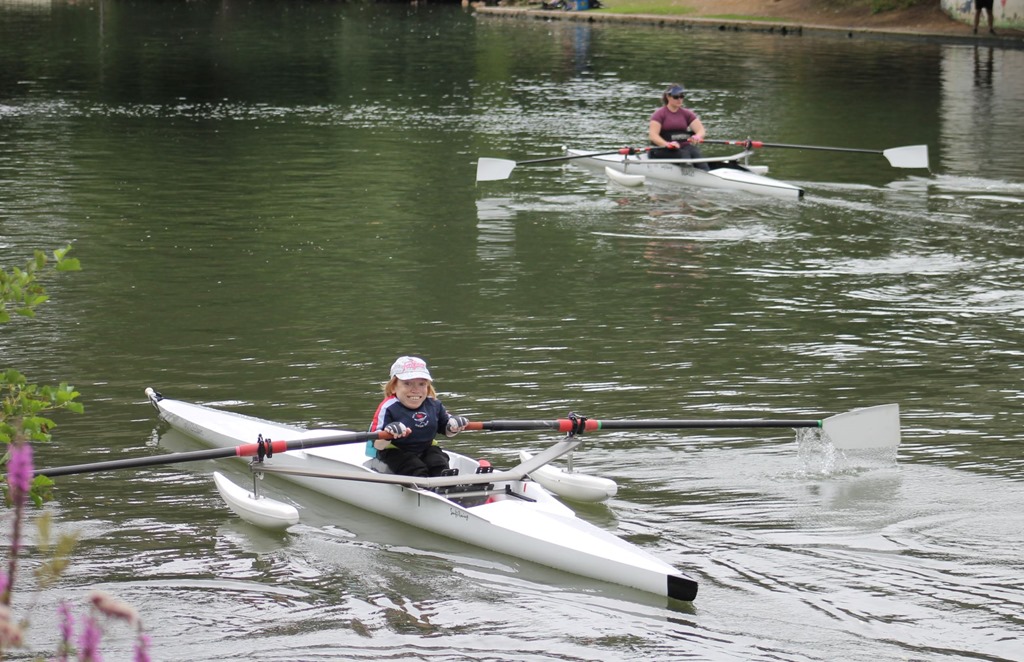 How many regattas do you know where 20% of the races are determined by BOW BALL finishes (and half the races are within a single boat length)? The intensity of the competition was just one highlight to the City of Oxford’s Invitational Adaptive regatta held this weekend. For comparison’s sake, last week’s Henley Royal Regatta had 3 “Canvas” finished races out of their 300+ races (less than 1%), in what is supposed to be the most competitive regatta in the world. As we are now into our third major adaptive event of the season, the time handicaps are well refined from the previous competitions and are showing their power. Also, the race between the Marlow boat and the Maidenhead/Stratford composite (aka “Maidenhead-upon-Avon”) was not only a photo finish (see below), but also the first race for Marlow’s Amelia Jones on her one year anniversary of taking her steps after months in hospital treating her brain hemorrhage.

Not surprising for the club with the richest history of supporting adaptive rowing in the UK, the City of Oxford Invitational Regatta set a new high bar for not just for the quality of adaptive racing, but also for the importance of it (of course, the two are not unrelated). Maidenhead Regatta prioritized adaptive racing even though logistics meant cancelling many other races; City of Oxford Regatta prioritized adaptive racing even though logistics MEANT cancelling ALL other races. The traditional City of Oxford Regatta and City of Oxford Sprints had been cancelled due to a number logistical issues mostly concerning COVID (naturally), but the club nonetheless decided to use the scheduled weekend to go ahead and host a special event just for adaptive racing. CORC has always been one of the highlights of the club adaptive calendar and no mere pandemic was going to stand in the way of keeping that tradition going.

The day proceeded with characteristic CORC polish and professionalism. Not that it was without its “learning moments”:

One distinction of the PR1 racing was a technique pioneered by Paul Thomas of Marlow to row alternate strokes in support of PR1 Mari Akhurst-Duward. Support rowers for fixed-seat athletes face the challenge of keeping up with a rating that can easily exceed 40 spm for the entire race (I still remember the frenzy of me trying to keep up with Sophie Brown (Sudbury) supporting her in a 2x at the Bedford Small Boats Head). Paul decided to row only alternate strokes to Mari. That way, instead of 2 short, compromised strokes to match hers, he was able to put in one long, strong stroke. He felt that one good stroke was better than 2 weak ones for his contribution, and as a team is was easier to sync their contributions. Possibly the Dick Fosbury of Supported Adaptive FS racing! (stay tuned for a special post on this technique).

The event marked a high water mark in the Supported Adaptive racing as there were twices as many 2x races as singles (several years ago, pretty much all adaptive racing was just in singles). The development is the culmination of a longstanding trend toward the increasing popularity of the format. A crowning touch was the special awards the CORC had for the victors in this category which was a traditional medal for the adaptive athlete and a special CORC commemorative blade for the support rower (see photo at bottom).

Congratulations to the race winners below: 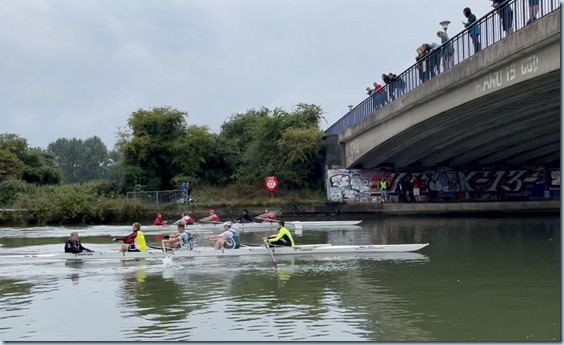 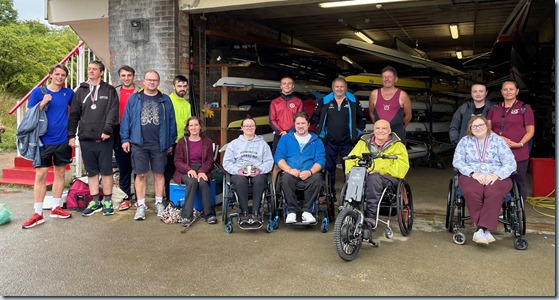 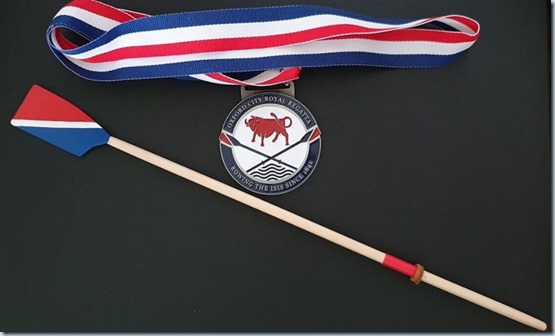 One Reply to “City of Oxford Invitational Adaptive Regatta 2021”