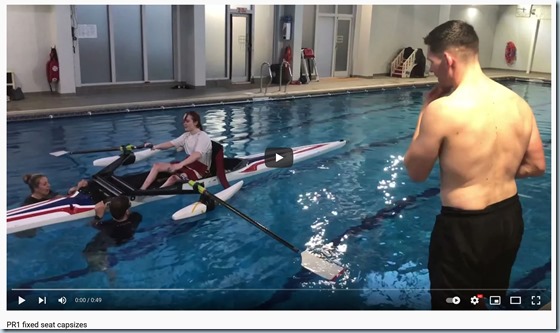 As British Rowing prepares for the next Paralympic cycle, A key first step is to invite prospective new pararowers for trial.  As a precursor to this process, Paralympic High Performance Coach Nick Baker and Performance Development Coach James Loveday ran a PR1 Capsize Drill at the Abbey School in Reading.  The drill was not just for athletes on the Development Pathway, they also opened up the drill to any PR1 rowers in the adaptive community who had not attended a capsize drill previously.  They also generously invited me to come to take video to share with the community the latest protocol and tips for effective fixed seat capsizes.  While the focus was on drilling the PR1 athletes, it was also an opportunity for them to train me, as an Adaptive/Para coach in the latest PR1 capsize techniques.

THE ATHLETE DRILL – Unlike conventional capsize drills where you tip the athlete out once and voila they are done, Nick progressed the athlete through a sequence of capsizes to ever more difficult exercises in the following order:

The process of releasing from a 3-strap fixed seat can be a bit daunting so the best way is to advance the athlete from one step to the next ensuring confidence at each stage.  As it happened, one of the athletes did the no strap and 1-strap capsize, but felt uncomfortable progressing beyond that due to a recent illness.  The partial drill was still very helpful and the athlete was not overwhelmed by going straight for the most complex maneuver. In fixed seat boats, the feet are only strapped and not secured like the fixed shoes of conventional boats so the feet were left free during this drill.

Here is a series of videos of Marlow PR1 Ellen Field doing a 2-strap, 3-strap and 3-strap with blades capsize.

THE COACH DRILL – As a fellow coach, it was great to watch and participate in the drills, but the biggest learnings came from two drills Nick and James added: 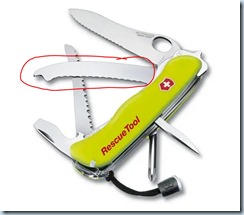