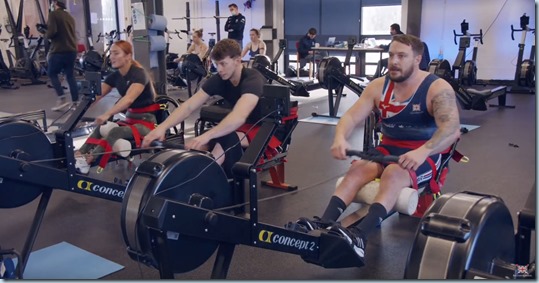 While live competition is back, many (if not all) of the Indoor Rowing competitions, including this past weekend’s top event – the British Rowing Indoor Championships (BRIC), have opted to remain virtual for the time being. A silver lining to the pandemic has been demonstrating how powerful digitally-enabled remote activity (in this case, erg competing) can be. While the frisson of crowd cheering, flywheels whirring, announcers commentating and throngs of competitors mingling is sacrificed, still the logistics and costs for getting to a competition venue miles away is removed.

BRIC continues to be the UK gold standard for inclusion and diversity with over 2 dozen events offered (not all had entries or UK entries). The online format also meant that adaptive and para competitors from a half dozen other countries were able to join in as well.

Invictus was the invincible in the indoor rowing circuit once again securing 9 wins and another 2 top UK finishes. With Invictus’ dominance of the format, I propose that the next indoor/online event, the clubs band together to form a virtual team to take on the Invictus team. Sort of like the Europeans banding together to take on the Yanks in the Ryder Cup. There are a few different ways that we could score such a head-to-head match up:

Congratulations to all the top UK finishers. The high point was Paralympian Benjamin Pritchard provisionally breaking the World and British Records for the PR1 men’s 2000m and Rhys Davies of Aberporth doing the same for the PR3 500m (they get to be on the club team challenging Invictus!).