British Rowing this past year announced an update to these classifications and event formats. The main difference is that the IR classifications do not include one of Visual Impairment (vision being less of an impairment on a rowing machine than in a boat especially with the various accessibility apps available for Concept2 rowers), but it does add an “IAR1 Upright/Fixed Seat” classification which is more even more impaired individuals than would fall under either the “AR1 – Adaptive Rower (Upright Seat)” or the “AR2 – Adaptive Rower (Fixed Seat)”. 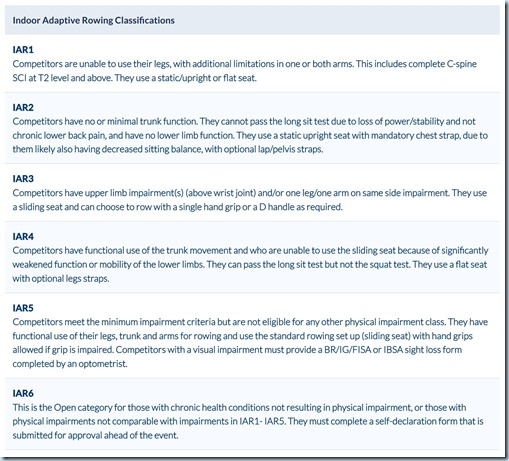