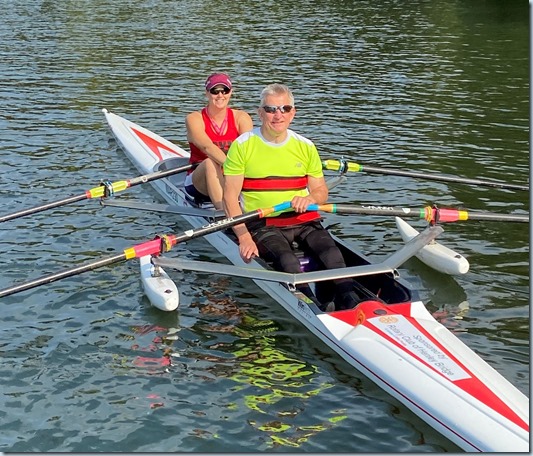 While the latest pararowing stars from Tokyo are getting all of the press lately, AdaptiveRowingUK was privileged to get an exclusive interview with Rob Holliday, one of UK’s pararowing pioneers. Rob rowed for GB through 2005 years before pararowing had even been added to the Paralympics. Rob came down to Marlow RC for an outing with Naomi Riches (London 2021 PR3 Olympic Champion) where he was able to see how much the sport had evolved since he first competed winning silver in the first ever World Pararowing Championships in 2003. For starters, he was able to row in a crew boat for the first in his career while most adaptive rowers consider crew rowing (especially in Supported Doubles) to be standard practice.