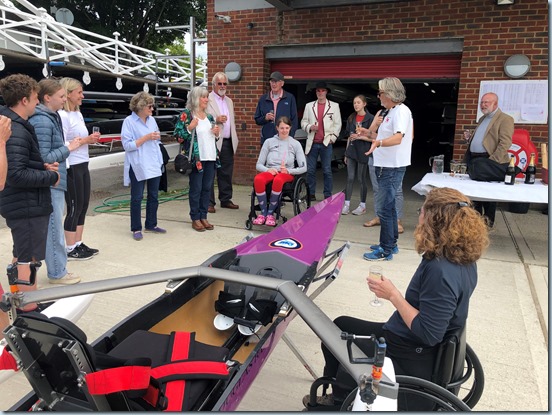 This weekend Marlow Rowing Club officially christened two additions to its para fleet courtesy of the Douglas Bader Foundation’s generous support who were there to join in the celebratory honours.

Sir Douglas’ daughter as well as several representatives joined the Marlow adaptive/para squad for some champagne (both over the bows and in glasses). The two boats connect back to the most recent Paralympian of the club, Kingsley Ijjomah: 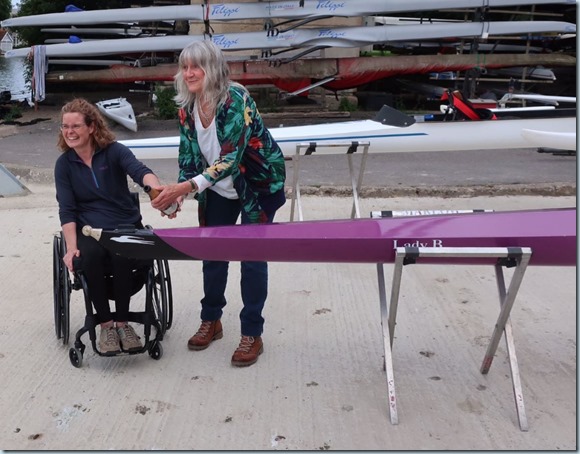 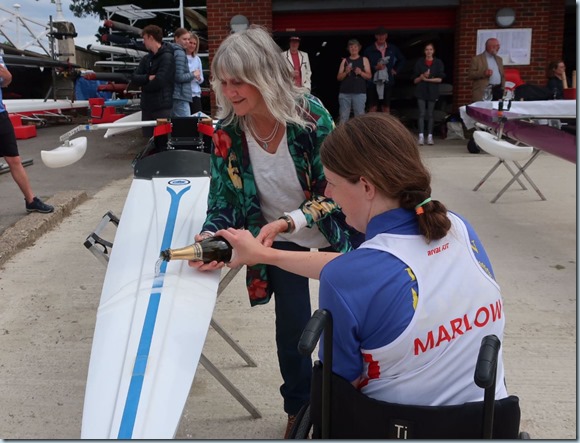