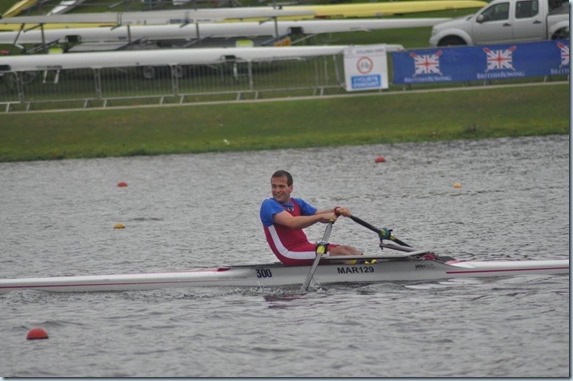 One of the best adaptive rowing sites we have come across hails from across the Channel in the Netherlands and the website of STARDO. They include a range of pieces, but one of the features we enjoyed the most (thanks Jo) was their series “Row with the Belts You Have”. They have posted pieces on Mannosidosis, Partial Spinal Injury, Parkinsons, Stroke, Amputation with a catchy titling convention of “Can You Row If You Have…?”

We thought we would add to this inspired canon. And we do so with one of the pioneers of UK adaptive grassroots rowing, Ben Marsden. Ben was the very first adaptive athletes to join the formally formed adaptive/pararowing programme at Marlow RC. And he has been on the forefront of a number of innovations and firsts (eg. first international Inclusive Double entry at the Head of the Charles).

Ben has Cerebral Palsy (CP). CP is a common impairment with a half dozen athletes having rowed in adaptive regattas in recent years. Ben kindly shared his own “Can you row if…” perspective on CP from his extensive and successful pararowing career:

I’m Ben. I have triplegic cerebral palsy (left hand both legs). This generally means I can trip over a lot. I’ve been rowing since 2006, I started at school on the Grand Union Canal in Berkhamsted and have been rowing for Marlow Rowing Club since 2013.

Rowing as a non-weight bearing sport is great for allowing exercise without putting excessive strain on knees and other joints. Falling over doesn’t nearly hurt as much as on land so less impact injuries can be picked up.

As rowing has a very prescribed set of motion, it is relatively easy to learn the technique for the rowing stroke; however, CP is great at creating movement patterns without necessarily using the correct muscles. This is a common issue for neurological injuries which are all different. To get around this, over the last couple of years I’ve had a coach intensely comment on my technique and explain exactly what I should feel in my body to tell me I’ve used the right muscles. This has been supported by regular Pilates classes from a retired professional ballet dancer, which has had the added benefit of improving my flexibility and making “physio” less of a chore.

Other considerations are lighter boat rigging and raising seat/lowering feet to compensate for an inflexibility in the hips and ankles. Seat pads are the best option for this once the feet are as low as the boat will allow. For encouraging rock over I’ve found the Citrus Remex Pro W available from Rowperfect good to use but it’s expensive at £110. If the grip strength is decreased then maybe a “Active Hand” alternatively an appropriate sized set of scull/sweep grips may solve the problem as there shouldn’t be any need for a strong grip on the handle.

The overall theme is athletes with neurological injuries and physical impairment will require a lot of trial-and-error adaptions and there is no “one size fits all”, the above are starting points.

So far I’ve raced the Head of the Charles a couple of times in the Inclusion2x, it’s been really good to see events offered there be offered at national events over here such as Pairs Head, which is a fantastic introduction to Tideway racing, a highlight of my year. On the bucket list would definitely be a PR3Mix4+ at Fours Head, the community had grown enough that we could do a composite club 4+, and maybe one day get a PR3Mix2x at HRR – would be great to have parity with HWR for offering pararowing and it would be a gender balanced boat!

I have found competitive rowing to be great at filling the hole left after I stopped playing cricket and rugby at school and being on the water is a fantastic for relieving stress and improving my health and flexibility. 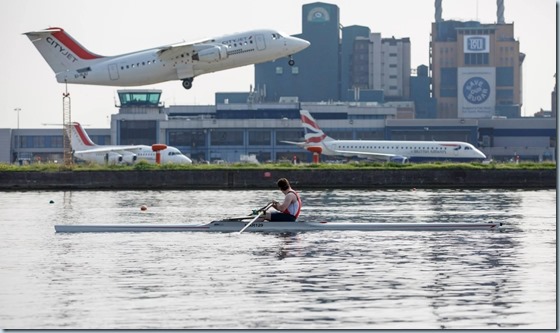