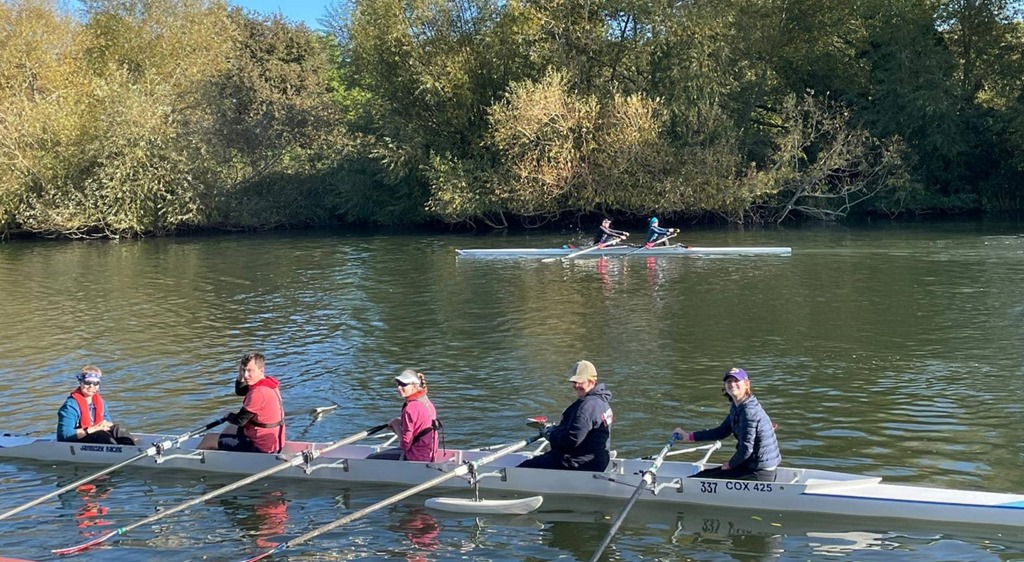 The City of Oxford RC is the earliest pioneer of club adaptive rowing, and yet after decades innovating, they have still found news ways to extend the sport. Their coach Hannah Germain and UK’s most veteran adaptive rower Rachael Lunney are very active in the UK adaptive rowing community in general, but their recent initiatives were simple steps take to broaden the scope of adaptive rowing.

First, they held their first ever “Junior Invitational” session inviting junior adaptives from Marlow RC to visit their club for a Sunday double outing. The juniors from the two clubs had gotten to know each other on the banks a various adaptive regattas and thought it would be fun to not just row against each other, but to row with each other. The result was UK’s first ever all Adaptive 4x+ composite of Marlow (Helen Cooper, Kiki Quibell) and CORC (Sebastian Johnson, Rachael Lunney) – see photo above. The day was topped off with pizza all around at the club house.